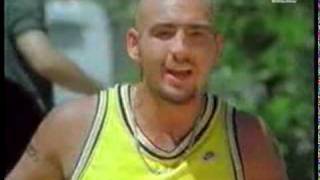 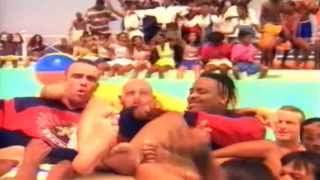 The good time dance machine par excellence was how one critic described Fun Factory – probably
the most accurate, characterization ever made of this group. With their high-explosive mixture of
pop, dance, rap, techno and reggae elements, they have achieved international acclaim and their
singles can be found in the charts the world over.
Tracks such as “Groove Me”,”Take Your Chance”, “Close To You”, “Pain” and most of all “I Wanna
Be With You” and also “Celebration” made their way into the top ranks of all important at Media
Control and Dance Charts. And not only in Germany, Fun Factory tracks have climbed high in the
charts in Canada, Japan, South Korea,Singapore,Brazil,Malaysia,Indonesia,Thailand,Filipines,China,Poland,
France,Spain,Belgium,Hungary, Czeck Republic,Bulgaria,Romania,Greece, Italy and in the USA as
well, and have made the group one of the most remarkable European acts internationally.
For a band whose strength is interpreting the European idea of dance, this is a major success. it
should come as no surprise that the members of Fun Factory are almost all European.
Fun Factory are more than just one of the many nameless DJ projects who ascend to chart heaven
for a short time only to fall again and disappear into obscurity. The members see themselves more
as a band in the classical sense of the word, influenced by the spirit and roots of R&B, but taking
full advantage of the most modern studio technology, Fun Factory won’t allow themselves and their
music to be filed away under any particular category. “The main thing is that it grooves, it kicks, it
beeps and that the people feel good…” is Smooth T’s answer when asked about the group’s secret
recipe for international success.

The evergrowing number of Fun Factory fans are thrilled by the group’s live performances and
during 12 months they toured three times in the USA, in South East Asia and in the whole of
Europe. Doing shows is very important for the band members too. They need the direct contact with
their public like they need air to breathe. On stage, the true talent of a dance act is exposed and is all
too often disappointing but Fun Factory really make it happen. Their stage act is pure entertainment,
conceived and developed to perfection by Steve and Smooth T who both have a background in the
martial arts.
The positive vibes and just all around Good time the group brings brings with it
Is incorporated into their very name.
Fun factory, the name says it all.

Fun Factory sold over 7. million singles and albums worldwide!
They climbed in every chart worldwide from the US to the far east!!!
After 16 years Fun Factory is back again and ready for the world!!! 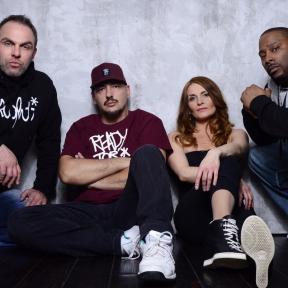