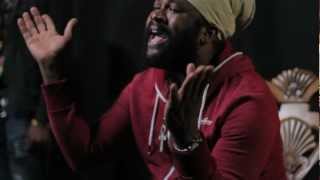 The release of the “Hail The King” album heralds the international arrival of a major new talent in Jamaican music but, on the strength of his achievements so far, Fantan Mojah already deserves his rightful place in that illustrious roll call of culturally inspired, and inspiring, Jamaican artists running from Count Ossie through Bob Marley, Burning Spear to Garnet Silk and Luciano on to Buju Banton, Capleton and Sizzla. Fantan Mojah was born Owen Moncrieffe in the fruitful country parish of St. Elizabeth, the “cockpit country” of the Maroons, runaway slaves long famed for their resilience and resistance. Their unbroken link with their African ancestry has resulted in a latent culture that has retained much of that African oriented past and this is most audible in the music coming from the region and now exemplified by the music of Fantan Mojah.

The young Owen Moncrieffe was always motivated by music and, at the age of nine years, began performing at local concerts winning several talent competitions while still at school. His parents soon grew to understand that Owen’s sole aim in life was to be a deejay and in order to further his musical ambitions he moved to Kingston. He found work there as a handyman with top Sound System Kilamanjaro gaining experience and gradually building up a reputation as he sang and deejayed over rhythms during sound checks. Initially he called himself Mad Killer (after dancehall deejay Bounty Killer) but he was drawn more and more towards a strictly conscious approach to music. In 1997 he came under the influence of cultural deejay Capleton who encouraged the youth to become known by a more spiritual name and so he became Fantan Mojah in order to clearly define his Rastafarian beliefs and to underline the serious content of the music that he felt compelled to make. His experiences as a young man growing up in St. Elizabeth had now become coupled with the aggressive urban environment of Kingston enabling him to blend an honest rural flavour with the hype and brutality of urban poverty and he began to create a music that was indelibly his and, spiritually, emotionally and artistically his new name represented his coming of age.

Fantan began recording with the Black & White team of Andrew ‘Prento’ Prendergast and Joseph Bogdanovich of Down Sound Records in 2004 and their first seven-inch release “Hungry” shot to the number one position in the Jamaican charts where it stayed for eight straight weeks. The anthemic “Hail The King” followed it to number one and has become one of the most talked about, and listened to, records of 2005. The accompanying videos not only emphasised Fantan’s visual appeal but also reinforced his image as the chief celebrant and armour bearer for Rastafarian music. Down Sound was one of the flag bearers for the change from the excesses of “bling” dancehall redirecting the music to its original mission of social and economic opportunity and equality and other major record producers involved in the “One Drop” movement are also represented here. The telling “Nuh Build Great Man”, with Fantan in combination with Jah Cure whose vocals were actually added at Tower Street Correctional Facility, should leave the listener in no doubt as to the importance and significance of Fantan Mojah to Kingston’s current resurgence of roots and culture.

Fantan has headlined prestigious Jamaican stage shows such as East Fest, Spring Break, Sting, Fully Loaded, Summer Jam and the West Kingston Jamboree and toured extensively: to Canada for the Montreal Reggae Festival in 2004, and in 2005 to the UK for Culture Fest and to Italy for the Rototom Sunsplash. He has trod his righteous path through Cayman, Barbados and Bermuda with his uplifting music making many new adherents to his ideals. 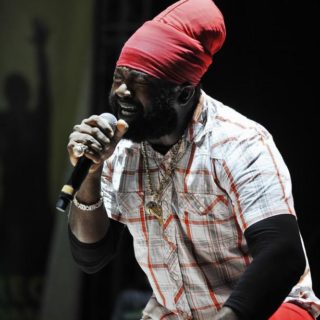