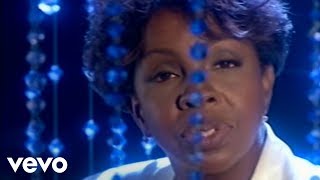 At the age of four, she began singing as a guest soloist in church. At age seven she won the Grand Prize on Ted Mack’s Amateur Hour, and the following year, she, along with her brother Bubba, her sister Brenda, and her cousins William and Elinor Guest, formed The Pips. In 1959, Brenda and Elinor left the group, replaced by cousin Edward Patten and friend Langston George. The group was renamed Gladys Knight and the Pips, and following Langston’s departure in 1962, the classic line-up was in place.
With Gladys singing lead and the Pips providing lush harmonies and graceful choreography, the group went on to achieve icon status, having recorded some of the most memorable songs of the 60’s, 70’s, and 80’s. Top 20 hits like “Every Beat of My Heart,” “Letter Full of Tears,” “I Heard It Through The Grapevine,” and “If I Were Your Woman,” set the stage for an amazing run in the mid-70’s, when Top 10 gold-certified singles like “Neither One of Us (Wants To Be The First To Say Goodbye),” “I’ve Got To Use My Imagination,” “Best Thing That Ever Happened to Me,” and the #1 smash “Midnight Train to Georgia” established Gladys Knight & The Pips as the premier pop/R&B vocal ensemble in the world. The party kept rolling with hits like the #5 “On And On,” written by Curtis Mayfield for Claudine, the 1974 screen comedy about love in the inner-city. Gladys enjoyed another #1 hit in 1985 when she teamed with Stevie Wonder, Elton John, and Dionne Warwick on “That’s What Friends Are For.” All told, Gladys Knight has recorded over 36 albums over the years, including three solo albums during the past decade, Good Woman (1991), Just For You (1994), and her inspirational Many Different Roads (1999).
Her involvement in other creative undertakings, business ventures and humanitarian activities has been extensive, and has brought her honors from industry and community alike. In 1986 she produced and starred in the Ace Award winning “Sisters In The Name Of Love,” an HBO special co-starring Dionne Warwick and Patti LaBelle. That same year, she proved her acting ability when she co-starred with Flip Wilson in the CBS comedy “Charlie & Co.” Other acting roles followed on such TV shows as “Benson,” “The Jeffersons,” and “New York Undercover,” and such films as Pipe Dreams, An Enemy Among Us, and Desperado. This year, she completed a starring run on Broadway in the smash hit musical “Smokey Joe’s Café.”
In 1994, Gladys and her daughter Kenya opened Kenya’s Gourmet Bakery, which recently expanded into a 6000 sq. ft. production facility in Las Vegas. In 1995, she earned a star on the Hollywood Walk of Fame, and the next year she and the Pips were inducted into the Rock & Roll Hall of Fame. Gladys published her autobiography, Between Each Line of Pain and Glory, in 1997, and the following year, she and the Pips were presented with the Lifetime Achievement Award from the Rhythm & Blues Hall of Fame.
As a humanitarian and philanthropist, Gladys has devoted enormous energies into various worthy causes, including the American Cancer Society, the Minority AIDS Project, AMFAR, and Crisis Intervention. She has been honored by numerous organizations as well, including the NAACP Legal Defense Fund, CORE, and B’Nai Brith.
Today, Gladys helps oversee her busy career from the Las Vegas headquarters of Shakeji, Inc., her personal entertainment corporation. She is a mother, a performer, and a businesswoman with a spiritual outlook on her life. Her faith in God has been the driving force behind all of Gladys’ endeavors, and was the inspiration for Many Different Roads, her 1999 collection of faith-based songs.
Says the singer of her career today, “I love this industry because it’s ever-changing. Music speaks to people’s spirits; wherever the social consciousness is, that’s where music is going to be. Doing as much as I do satisfies my creative spirit, because I do enjoy wearing a lot of hats: I’ve been at the board for a long time, producing – many people don’t know that, but I’ve always had a direct hand in the production of all of my projects.”
As for her impeccable standing in the entertainment world, Gladys does not associate her style with any one form of music. “I don’t like being pegged as an R&B artist,” she notes, “because I want to sing everything. When you pigeonhole me, you say that I can’t sing country western music, or that the moment I put my voice on it, it becomes R&B. To me, it’s all music, across the board music!”
Now it’s time to let the music do the talking. It’s time to let Gladys sing once more, and reveal to her countless millions of fans the very essence of her soul. It’s time for Gladys Knight… at last. 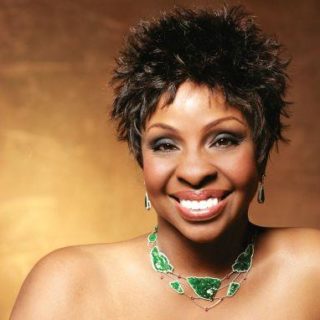 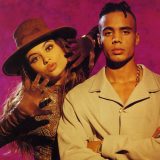