For years the dancehall has been dominated a male voice.  With deejays and singers, it has been a relatively tough business for a woman to enter.  To be a female contender you must have a tight package. Style, flair, lyrics, performance and can either really sing or deejay.  This budding artist fits the bill!  Ce’Cile strikes a balance between confidence and humility.  A visually astounding woman with a sultry sound, the twenty something year old exhibits wisdom beyond her years.

Born and raised in the parish of Manchester, Ce’Cile attended Bishop Gibson High School.  Surrounded by a family of singer Ce’Cile extends the highest praises to her sisters, whom she boasts have amazing voices.  Releasing her first recording at the youthful age of fifteen, she follow-up shortly thereafter with “Beat of My Heart” for Ibo Cooper, then a member of Third World.

A woman full of multifaceted talent, Ce’Cile used to work for Celestial Sounds, where she took care of running the business as well as vocal arrangements in the production studio.  With a history of harmonizing in and out of the recording studio for artists like Spanner Banner, Norris Man, Chrisinti and a host of others, Ce’Cile had been patiently making the strategic moves sure to insure herself on top in the Dancehall community!

Nevertheless, in doing all this, Ce’Cile miraculously leaves room for more, being the first and foremost an accomplished singer and songwriter.  To her distinct credit Ce’Cile represents an emerging pro-originality female component in the music industry.  A poet in her young days, Ce’Cile has evolved into a talented songwriter.  Writing for herself and the voices of her peers, Ce’Cile refuses to sell her creative abilities short.  Inspired by Anita Baker’s “Sweet Love” in the 80s.  She brings a unique dimension of R&B, to reggae music.  Ce’Cile’s voice naturally fuses R&B, Pop, and Reggae, creating a powerful sound diversity.

The year 2000 marked a distinct change in direction and focus of her career.  Voicing several combinations for JAMDOWN Records such as:  “Silent River” with Nadz & Danny English, “Let’s Get It On” with Mega Banton and “Girls Fi Get Love” a combination with Saba, Ce’Cile began to get international recognition for her signature voice.  She has voiced a few covers in the last year including the popular “If You Had My Love” originally recorded by Jennifer Lopez on the mega hit LATINO riddim from King Of Kings.  This riddim boasted Capleton’s “Crazy Looks” (a Dancehall favorite) and provided great exposure for Ce’Cile.  Recognizing the importance of being in the public eye for the sake of pushing her career forward, Ce’Cile was behind the shooting of the video for the Latino riddim.  The video featured a combination of songs “If You Had My Love” the remix which featured the deejay Saba, “Hanky Panky” from Heather Cummnings, “A Wha Dis God” by Danny English and Egg Nog, “How U Fi Dis” by Zebra and of course the hit on the riddim – “Crazy Looks” by Capleton.

Ce’Cile doesn’t favor the cover song road and her desire to pursue an original path does give her a steep mountain to climb with the average producer.  “They don’t want original stuff,” she states bluntly. In the past she’s voiced with producers like: Steven Ventura for M-Phatic Productions.  These days she’s managed to record with Jermey Harding of 2 Hard Records (responsible for the International Beenie Man hit ‘Simma Simma’), Snowcone for Natural Bridge Records, Mark Hudson for Stone Cold Records, Christopher Birtch for LongMan Records and more.

Not distracted by the demand for cover songs and the hardships of voicing with quality producers, she is motivated by female artists like Lauryn Hill who found success in staying true to themselves and their musical vision.  This type of inspiration has been the motivation that has sparked her production debut on the Kings Of Kings Records with her first riddim release.  Her spoof song “CHANGEZ” which uses humor to explain her reasoning for not engaging in sexual relations with other artists mashed up Jamaica. It was unheard of for a woman in the business to bluntly put out the observations that were commonly felt by others.   The song “Changez” swept threw Jamaica and the entire Dancehall community securely establishing Ce’Cile as a female artist who has arrived!

This self-produced riddim release featured the songs; “Best of Me” by AISHA (yes a cover of Mya), “Don’t Do Me That” by FRISCO KID, “Free Speech” by Merciless, “Bun Part II” by Danny English, “Hot Work” by Egg Nog and New Product, “Yardie Way” by Ce’Cile, “Still As Sweet” by Heather Cummings and General B, “Pretty Dunce” by Mr Vegas” and “New Application” by Elephant Man which is actually a male counteraction to her song “Changez”.

Gracing stages both locally & Internationally, excellent performances at Cactus Night Club and Reggae Sunsplash in 1998 served as a catalyst for the young singer.  The end of 1999 and beginning of 2000 was full of growth as she was gracing stages; in Canada, at Miami’s AT&T Amphitheater, Vermont’s for the annual Roots based ‘Vermont Reggae Festival’, California’s famous Bob Marley Festival 2003 – where she won a new legion of fans, a variety of local shows in Jamaica and she was requested by Beenie Man to perform MYA’s vocals in the remix to “Girls Dem Sugar” for the BET Harlem Block party which aired on their worldwide network.

Just returning from a European Tour she’s preparing a new video for one of her latest singles “Rude Boy Thug Life” that has hit the Hip-Hop charts in Germany.  She’s already been featured in a spread for Riddim Magazine in Germany and appeared on the top Entertainment program performing this song.

Looking at Ce’Cile, the ambition shines brightly in her eyes, yet she exudes a very human and compassionate side as well.  A side that is most evident in her life’s motto: DO UNTO OTHERS AS U WOULD HAVE THEM DO UNTO YOU”.  “If we live by this it covers everything,” she says.   A resilient rose, Ce’Cile grows with a necessary caution.

Prepared for what must certainly come, she takes a refreshingly holistic approach to her music.   Undoubtedly Ce’Cile defines versatility often lacking in the Dancehall.  In last two years she has focused on recording a variety of contrasts that will make her debut album, coming from Delicious Vinyl/Lickshott in the 2003 another chapter in the history books of women in Dancehall. 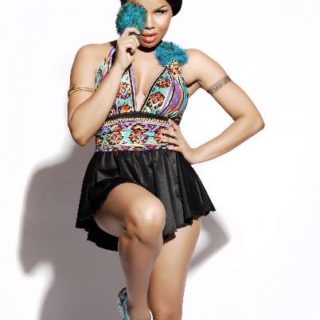