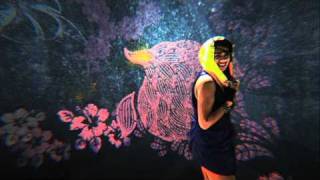 Ladi6 is New Zealand’s premier female vocalist MC. She is renowned for her
energetic live performances, sublime soulful vocals and conscious lyrics. By now she
has cemented herself as a key player in the New Zealand music scene. Ladi6 started
her musical career as part of New Zealand’s first all-girl hip-hop group Sheelahroc.
Sheelahroc had the hit track “If I Gave You The Mic” and from the success of this
track Ladi6 was nominated for Best Vocalist/MC at the bNet Music Awards 2003. Her
band Verse Two quickly gained a reputation as a top New Zealand live soul/hip-hop
group. They won the bNet Award 2004 for best new act, toured New Zealand with
packed shows and supported international acts such as The Roots, De La Soul and
50 Cent.
Ladi6’s touring and collaborations have established her a significant following
throughout New Zealand, Australia and Europe. She has performed at all the key
festivals in New Zealand including the Big Day Out, Rhythm and Vines, Splore and
Parihaka to name a few. She has toured Australia extensively with Scribe and doing
her own solo shows, performing at festivals such as the St. Kilda Festival and
supporting top international artists in Australia such as Ohmega Watts and Freddie
Cruger. She has toured Europe with Fat Freddy’s Drop, and has had solo
performances in Paris and Germany and throughout the UK.
Ladi6’s distinctive voice has featured on some of the top underground albums to
come out of New Zealand in the last decade. Her vocals feature on standout tracks
by some of New Zealand’s finest talent, including Shapeshifter, Scribe, Fat Freddy’s
Drop, 50 Hz and international artists such as top German Hip Hop producer & DJ
Sepalot.
Ladi6’s highly anticipated and long awaited debut solo album “Time Is Not Much” has
been released in 2008 and is produced by Mu from Fat Freddy’s Drop and Parks.
In October 2009, Ladi6 won the New Zealand Music Awards for Best
Urban/HipHop Album and the Pacific Music Award for Best Female Artist.
“It’s the perfect aural appetiser to get your taste buds craving the main course” –
Grant Smithies, Sunday Star Times
“There is something about Ladi6 – something about her voice and something about
the way she carries herself that is so beautiful” – Sam Trevethick, Real Groove 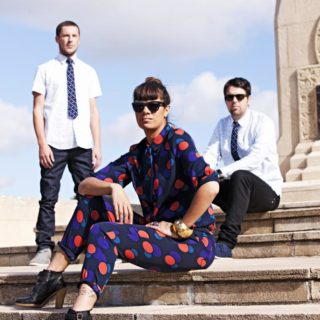