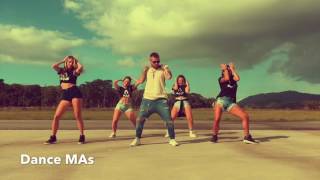 In Spanish, they call it “corta vena,” literally a “cut vein.” It refers to the outpouring of honest, heart-rending emotion from a truly great singer. Spanish-speaking audiences around the world already know that when Luis Fonsi sings, it’s “corta vena” time.mLuis has built up a huge fan base across four hemispheres, thanks to his magical way to “live” with a song.

Already as a child, Luis Fonsi showed signs that music was going to direct his life, imitating the stars of the popular group Menudo and joining the San Juan Children’s Choir.

He entered High School and participated in a boy group called “Big Guys.” One of the members of the group, Joey Fatone, later joined NSYNC.

Because music was such an important part of his life, Fonsi gained a scholarship and enrolled at Florida State University for his musical studies which gave him opportunities towards his future in recording. He also joined the university’s choir, which let him travel and perform throughout the United States and London.

While he was finishing his degree in Vocal Performance, he began to record demo tapes in Miami. Soon after that he was offered a recording contract by Universal Music Latin.

In 1998, Fonsi recorded his debut album, Comenzaré (I Will Begin). The record peaked at number 11 on Billboard’s Top Latin Albums chart and became an instant hit in Puerto Rico and across Latin America, with Fonsi conquering such markets as Colombia, the Dominican Republic, El Salvador, Mexico, and Venezuela.

Fonsi also recorded a duet with Christina Aguilera, performed for Pope John Paul II and was the opening act for Britney Spears’ Dream Within a Dream Tour in the US and Mexico.

Luis Fonsi has won various Latin Grammies for his compositions both of his own recordings as well as for other artists he has served with his songs.

Fonsi repeatedly has proven that his passion for music is one that he wants to share with all of his fans. He was named “Godfather of Puerto Rico” for New York’s Puerto Rican Day Parade, chosen to represent the new generation of talented artists. Many of Puerto Rico’s well-known celebrities and politicians assisted the celebration, which is the biggest parade celebrated in Manhattan since it began in 1958.

In January 2017, “Despacito” featuring Daddy Yankee was promoted and released. The music video reached more than 1,7 billion (!!!) views, with the song becoming number one in nearly every western country and is commonly accepted as “THE” summer hit 2017. In April 2017, the song was given an English remix featuring Canadian singer Justin Bieber. The remix featuring Bieber reached number one on the U.S. Billboard Hot 100 on May 27, 2017, Fonsi’s first number-one on the American singles chart. Bieber promoted the remix at one of his shows in Puerto Rico, inviting Fonsi onto stage to perform the duet with him.

Looking for the most innovative sounds and at the same time remain true to the romantic and pop style, that is Fonsi’s signature. Never at rest, with the huge success of “Despacito” as a backing, Fonsi now continues to share his music all over the world. 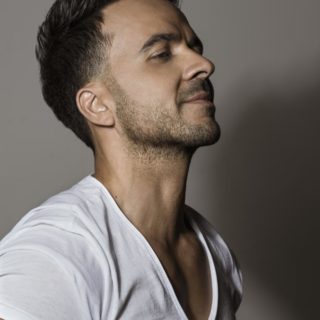