George Brooks is a prolific and diverse saxophonist and composer, acclaimed for successfully bridging the worlds of jazz and Indian classical music. He is the founder of several important Indian fusion groups including Summit with Fareed Haque, Kai Eckhardt, Zakir Hussain and Steve Smith, Bombay Jazz with Larry Coryell and Ronu Majumdar and the Kirwani Quartet with Dutch harpist Gwyneth Wentink and Indian flute maestro Hariprasad Chaurasia. 2010 brings us the release of George’s new Spirit and Spice CD (on Brooks’ Earth Brother Music label) as well as Abstract Logix’s release of the Raga Bop Trio CD featuring George, drummer Steve Smith and south Indian electric guitar phenomenon, Prasanna. In the fall of 2010 he will reunite with his mentor/colleague Terry Riley and Asian Underground innovator, Talvin Singh for an extensive tour of Europe and the UK.

George’s deep understanding of raga has lead to collaborations with many of India’s most respected artists including Zakir Hussain, Hariprasad Chaurasia, Kala Ramnath, U.Srinivas, Ronu Majumdar, Vikku Vinayakram, A. Sivamani, Louiz Banks, Shankar Mahadevan and Dr. L. Subramanium. He has performed at major festivals throughout India and appears on numerous Indian recordings and the soundtracks of Indian films.

His facility with genre bending music has led to distinctive collaborations with American minimalist composer, Terry Riley, cellist Yo-Yo Ma, The Mark Morris Dance Company and Merchant/Ivory Productions. George has performed on many of the worlds great stages including the Liverpool Philharmonic, the Barbican and Queen Elizabeth Halls in London, the Hong Kong Cultural Center, the Esplanade in Singapore, Amsterdam’s Concertgebouw and Muziekgebouw. He has appeared at major festivals in North America, Europe and Asia as well as premiere jazz clubs around the world.

George received the 2007 American Composers Forum “Global Harmony Prize”, which commissioned the score for Mirrors of Mumbai an Indian Jazz Opera. In 2009 the American Composers Forum commissioned Double Moire an hour-long composition for saxophone, bass and drums, with recitation by beat poet Michael McClure, based on McClure’s poem Double Moire for Francis Crick. The SFMOMA commissioned Brooks in 2009 to compose an artist’s response to its new Rooftop Sculpture Garden. Brooks created “Alphorn – for Hans-Christoph Siegmann” for saxophone quintet, bass clarinet, gongs and piano.

In the1980s Brooks took two extended trips to India where he met and studied with master vocalist, Pandit Pran Nath. For more than a year, Brooks immersed himself in the language, music and culture of north India. He remained extremely close with his Guru until Pran Nath’s death in 1996. Throughout the 1980′s and 1990′s, Brooks regularly toured with American minimalist pioneer Terry Riley. Together they performed in the U.S., Europe and Japan, often with sitarist Krishna Bhatt. Brooks was a founding member of Riley’s Khayal ensemble, a unique, polyrhythmic, improvisational chamber group. He premiered and recorded Riley’s “June Buddhas” with the Brooklyn Philharmonic and premiered Riley’s “New Islands” at P/N Hall in Tokyo.

In 1996, Zakir Hussain and Moment Records released Lasting Impression, Brooks’ CD debut as a leader. This highly acclaimed recording sparked a relationship between Brooks and Hussain that has led to concerts worldwide and the recordings Night Spinner, co-produced by Brooks and Hussain for Moment Records and Summit for Brooks’ Earth Brother Music Label. These CDs have been touted as the best Indian/jazz fusion since John Mclaughlin’s Shakti.

Brooks has taught on the faculties of Mills College in Oakland, The Jazz School in Berkeley and UC Santa Cruz. He lives in northern California with his wife, theater producer/composer Emily Klion, and their three children.

“The music on this recording has blown me away. Brooks plays the saxophone with a tone, rhythmic concept and harmonic concept that sounds totally new to my ears. The result is one of the most exciting saxophone records I have ever heard.” Saxophone Journal

“Able to play in the tradition of Coltrane and Dexter Gordon one moment and with Terry Riley or Kronos Quartet the next Brooks is fast becoming a leading voice in the realm where jazz and north Indian improvisation meet.” San Francisco Bay Guardian

“…what makes Summit so captivating is Brooks’ huge, wonderfully dense but pliable sound. Summit’s percussion section is a dream team featuring powerhouse jazz drummer Steve Smith and tabla master Zakir Hussain, the son of legendary tabla player Ustad Alla Rakha. A founding member of the seminal 1970s Indian/jazz fusion band Shakti with John McLaughlin, Hussain has been a major force in world music for a quarter century. “Sometimes you get the ideal mix, the best dish, the perfect mix of spices – I felt that way about Shakti and I feel that way about Summit‘” Hussain said.” Andrew Gilbert-San Diego Union Tribune. 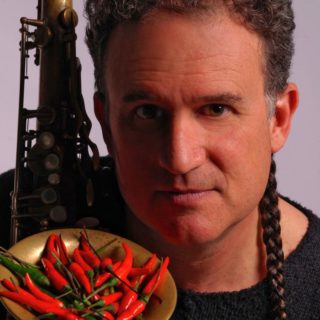 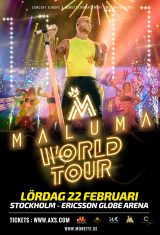 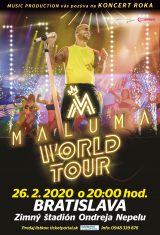