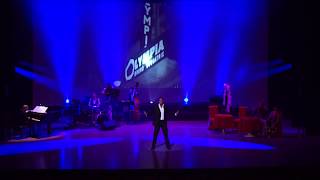 PARIS ! THE SHOW It’s tribute to the greatest songs of the French post-war years that make the charm and reputation PARIS worldwide. An exceptional cast with an original set takes us to Montmartre to the scene of Moulin Rouge famous cabarets of the time on a large repertoire of songs EDITH PIAF, MAURICE CHEVALIER LUCIENNE BOYER, CHARLES TRENET, JOSEPHINE BAKER, YVES MONTAND, CHARLES AZNAVOUR, JACQUES BREL, etc …
After the premiere in NICE, the show was presented in world premiere at the International Festival of Mexico. It will be presented at MAMA Paris , WOMEX 2014 in Spain, and APAP 2015 NEW YORK CITY and off on a world tour from October 2015. After the success of EDITH THE SHOW performed more than 120 concerts sold out worldwide, Gil Marsalla, producer and director present a new show highlighting a unique musical repertoire in the world.

History
Françoise, a young girl who dreams of becoming a famous artist t PARIS, arrives at Montmartre. On her way, she’ll cross paths with EDITH PIAF will become her friend, her confidante, her soul mate.
Françoise will find love in the person of Jules singer without a living Pigalle penny. A romance grows between them in a city where love