Stevie Salas left the small town of Oceanside California in 1985 moving to Hollywood dreaming of a career in music. He is currently working with The Dreamcatcher Charitable foundation. He is still producing music for bands and playing concerts around the world. 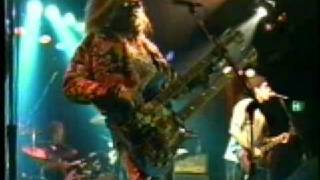 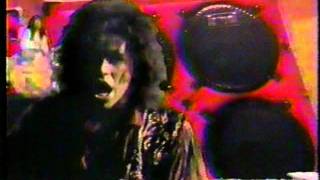 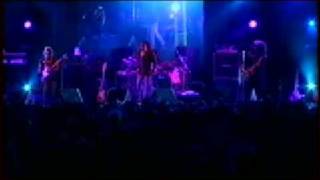 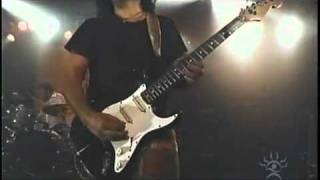 Stevie Salas left the small town of Oceanside California in 1985 moving to Hollywood dreaming of a career in music. Eight months later he was discovered by funk music legend George Clinton as the guitarist for Clinton’s albums. He would then go on to work on important albums by Bootsy Collins and Was (Not Was). He received his first major label Producer credit with Was (Not Was) when he Co-Produced the UK hit Out Come The Freaks form the Album What Up Dog? Rolling Stone Magazine listed What Up Dog? as one of the top 100 records of the decade. The record also featured the 1 global smash hit Walk The Dinosaur. In 1988 he then skipped cities in a private jet playing lead guitar for Rod Stewart, playing sold out stadiums and also signed the largest record deal Island Records had ever paid for a new artist. His second solo album “Back From The Living” ousted the Rolling Stones and Aerosmith for “Best Album” in Japan and his first record Colorcode released in 1990 is still a cult classic in the UK and Europe.

Most books including Guitar Player Magazine name him as one of the Top 50 Guitarists of All Time.

Stevie has sold over two million solo albums around the world.

As a guitar player, writer and producer Stevie has also worked with Mick Jagger, Bootsy Collins, Bill Laswell, Public Enemy, Michael Huthchence, Was (Not Was), Terrence Trent D’Arby, Koshi Inaba and Tak Matsamoto (BZ Japan), Ronald Shannon Jackson, Eddy Money and in 2009 played on the #1 global hit “Dead and Gone“ with Justin Timberlake and TI as well as over 75 other major label records. He has recorded as a solo artist for Island records, East West/Warner, EMI, and others and has had music publishing contracts as a writer with Island Music, Polygram Music, Virgin Music and Fuji Pacific with over 50 of his compositions recorded released on major labels.

Stevie provided the guitar music score to the cult classic film “Bill and Teds Excellent Adventure“ also appearing as the hands of George Carlin in the movies end scene and has also scored several other feature films and TV shows.

In 2012 Stevie created the Native American Biography TV series Catch The Dream Bios with Adam Beach. Stevie is the Executive Producer. The show will begin airing in 2014 across Canada on APTN (The Aboriginal People’s Television Network).

Stevie Salas is the Executive Producer of the Native American music documentary feature film Rumble currently being shot in association with The Super Channel ( Canadian HBO), The Smithsonian and PBS.

Stevie is now an Author. In 2014 Taylor Trade/ Rowman & Littlefield released a book “When We Were The Boys”, a memoir about Stevie’s first tour with Rod Stewart in 1988. The book has outstanding reviews and was # 1 for 8 weeks on Amazon book chart.

Stevie Salas served from 2010 to 2013 as the Advisor Of Contemporary Music at the Smithsonian National Museum of the American Indian in Washington DC and New York City.

Stevie is currently working with The Dreamcatcher Charitable foundation. He is still producing music for bands and playing concerts around the world. Stevie also has a new Signature series guitar he co designed with Framus and Warwick music in Germany called The Idol Maker.

Stevie Salas left the small town of Oceanside California in 1985 moving to Hollywood dreaming of a career in music. He is currently working with The Dreamcatcher Charitable foundation. He is still producing music for bands and playing concerts around the world.