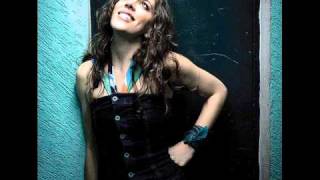 Since the moment she was born on April 27, 1982 in the Bela Vista neighborhood of São Paulo, Luísa Taubkin Maita has been surrounded by music. In fact, it was a love of music that brought her parents together, helping them cross the divide of their different family backgrounds. Luísa’s father, Amado Maita, was a working class musician of Syrian Muslim roots and her mother, Myriam Taubkin, came from a wealthy family of European Jewish heritage, and has been an important concert producer and cultural advocate for over thirty years.
The diversity at home was reflected in the ethnically mixed neighborhood where Luísa spent her early childhood. Affectionately known as Bexiga, the area is home to Italian and Arab immigrants living alongside migrants from Brazil’s musically rich northeast. A microcosm of Brazil’s history of cultural fusion, Bexiga is famous for its bustling energy, food and music, and it is home to Vai-Vai, São Paolo’s most traditional samba school.

Luísa’s father owned a parking lot in the neighborhood, and he spent his days in the lot office strumming on the guitar, writing songs, playing cards, smoking, drinking and receiving his many friends. A beloved and gregarious character, Amado had released an album in 1971 that is now considered a coveted holy grail for European and Japanese vinyl collectors. His passion for Brazilian music is reflected in the decision to name his three daughters after songs composed by bossa nova legend Antonio Carlos Jobim (Luísa is named after the classic song “Ana Luísa”).
Even after the family moved to a small ranch on the southeastern part of São Paulo in search of a more peaceful place to raise their kids, Luísa’s home was constantly filled with visiting musicians, who came to hang out and jam with her parents. “My father had a lot of musician friends who liked him a lot,” remembers Luísa. “He was very good at uniting people. They’d visit him, fall in love with the ranch, and then they’d move in. Soon the place was filled with my father’s friends, among them some great musicians.”
Luísa sang a lot as a child. “My father liked to play for us, he loved the fact that my sister Teresa and I could sing in tune, and I’ve been singing all his songs and samba and bossa nova standards since I was very little.” They even recorded advertising jingles professionally starting at the age of seven, including some political campaign songs that became quite famous across Brazil at the time.

Luísa was exposed at a very young age to the greats of Brazilian samba, bossa nova and jazz, and the music of legends such as João Gilberto, Tom Jobim, Nana Caymmi, Vinicius de Moraes, Milton Nascimento, Edu Lobo and Baden Powell provided a constant life soundtrack. As with so many Brazilian artists before her, the rhythms and energy of samba provides an essential underpinning. “The dance, the instruments, the tunes, the percussion, the body language, everything in samba influenced me a lot,” notes Luísa. The more relaxed elegance of bossa nova is also a clear inspiration to Luísa’s sound. “I love bossa nova, its silence, its sensuality, its vocal expression and aesthetics. It has a certain aura of peace that’s very clear in my music.”

Luísa was also enamored with American music, especially the laid back jazz of Billie Holiday and Chet Baker and the funky soul and pop of Ray Charles, Michael Jackson, Prince and Stevie Wonder. “Because of my schoolmates, I began to listen to the music that played on the radio. I also loved to go out to dance. So I heard a lot of music from the 80’s and 90’s, Brazilian music and foreign music.”

Another aspect of her childhood that was very important to Luísa was her mother’s Jewish family. “My grandfather was a religious man; he used to organize Jewish celebrations, and I remember my grandmother singing traditional Jewish songs for me. My mother’s family lived in Jardim Europa, a wealthy neighborhood in São Paulo. I went to upper-class Jewish schools until I was 13. And that experience marked me too.”

Luísa’s parents divorced when she was a teenager. Her mother married a farmer and moved with the children to a rural area in the state of Minais Gerais. Surrounded by nature, Luísa developed an appreciation for the natural world and was exposed to a completely different lifestyle from the sprawling urbanity of São Paulo. By the time she was seventeen, however, the city life was calling to her again, and Luísa moved back to São Paulo.

Luísa’s started working at her uncle Benjamin Taubkin’s record label, helping to sell CDs at concerts and generally learning the ropes of the music business. It was at her uncle’s office that she met producer and musician Morris Picciotto (who now goes by the name Dr. Morris) and after taking some guitar lessons with him they began to perform together in local bars. Another uncle, Daniel Taubkin, invited Luísa to sing with his group, and Luísa was also making an impression as the vocalist for the group Urbanda, who released an album in 2003.
In 2006, the Brazilian singer Virginia Rosa recorded two of Luísa’s compositions, and in 2009 popular singer Mariana Aydar’s version of a song co-written bu Luísa and frequent collaborator Rodrigo Campos was selected as “Song of the Year” by Rolling Stone Brazil magazine. Luísa was also the featured vocalist on a widely-viewed promotional video directed by acclaimed filmmaker Fernando Meirelles (City of God) that was used in Rio’s successful bid for the 2016 Olympics. While these projects kept her active and greatly expanded her profile on the national scene, Luísa was still seeking her own voice.

She assembled a new band to perform songs by songwriters whose work had played an important part in her life. After a series of six gigs, she still wasn’t totally content with the musical direction. “At this point, I wasn’t certain if I should go on singing, if that was my thing or not. I went through weeks and weeks of questioning and doubt. It was then that I decided to stop, try to answer these questions, and begin to develop my own new approach. It took a lot of courage to understand what was going on and where I wanted to go. I began to write new songs, songs that expressed my feelings, what I wanted to say, to whom I wanted to say it’a new sound, with my personality, with my look.”

Thus began the process of recording her first solo album. Working with frequent collaborator Rodrigo Campos and producer Paulo Lepetit, the album took two years to complete and was recorded with limited resources and lots of volunteer hours by the musicians involved. Using the off hours when Lepetit’s studio was not being contracted, they focused on perfection, recording songs over and over again until they were happy with them. “That was an important learning process, not to be satisfied with something that doesn’t really expresses what I wanted to say through my art,” states Luísa. “That’s why this album is so precious to me. It really represents my thoughts about music and the struggle to find this expression.”

Luísa’s demos were given to head of the independent record label Cumbancha by Béco Dranoff, a respected Brazilian producer who was the driving force behind a legendary series of albums for the Red Hot Organization, and who helped popularize the work of artists such as Bebel Gilberto and Bossacucanova through Ziguiriboom, the label he co-founded in 1998. As it happens, Cumbancha president Jacob Edgar was a longtime friend of Luísa’s uncle, Benjamin Taubkin, but he had no idea his old friend’s niece was such an amazing talent. From the moment he heard the first notes of Lero-Lero, Edgar knew Luísa was the perfect fit for the label’s Cumbancha Discovery line, which seeks to introduce exceptional new artists to a wider global audience.
The result of these efforts is Lero-Lero, an album with a relaxed yet energizing spirit that reflects Luísa’s personal artistic expression and outlook. With obvious allegiances to Brazilian samba and bossa nova, the songs on Lero-Lero also capture the influences of jazz, pop, soul and electronica that have captivated Luísa on her life’s journey so far. Luísa credits the inspiration for the album to her native city, its neighborhoods and its people. “The lyrics and the aura of the album focus on the peculiarities of Brazilian daily life, culture and human condition. That really inspires, fascinates, interests and moves me. And I think the album transmits these feelings. The album travels through themes that encourage Brazilians to wake up to a new life: dreams; passion; labor; the struggle for peace; interior acceptance.” 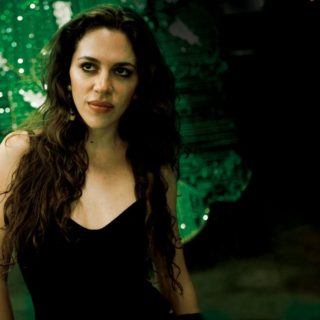