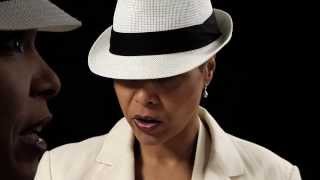 Stella Jones was born in Berlin, Germany, as daughter of Bebop trompet player CARMEL JONES and Blues singer and Fluxus artist CHRISTINE JONES.
She grew up surrounded by international musicians and artists
and started to play the piano at the age of five.
At the age of five she started to play piano.
With nine years she composed her own songs and began creating
audio books with her own paintings and comics.
Influenced by great artists and visionaries like like Jim Henson and his Muppet Workshop Studio she began to create her own puppets.
She turned shoe boxes into a theater and played her puppets according to self written scripts infront of her family.

In 1977 Stella Jones moved to Vienna and started her musical career performing as a singer with her mother in Jazz clubs.

In 1984 she started working as a recording artist.
Stella Jones also performed in several Musicals like The Rocky Horror Picture Show and Crazy Weekend.
After these first experiences in the Musical Scene and working as a
dance captain for several performances she appeared in first cast roles and played Mozartmania, RENT, Ain`t Misbehaven and Little Shop Of Horrors.

In 1992 she had a Number 1 Chart Hit with the group POWERPACK and
it held it`s position in the AUSTRIAN TOP TEN CHARTS for several weeks.

In 1995 Stella Jones represented Austria at the
Eurovision Song Contest in Dublin.
40 million people all over Europe saw this spectacular show.
After this event Stella Jones started to work with international artists
like SIR JAM (Rapper of PRINCE) and MACEO PARKER.

In 1998 she recorded 3 Dance Floor Hits with well known
Italian DJ IVAN JACCOBUCCI and the group HALF TONE. 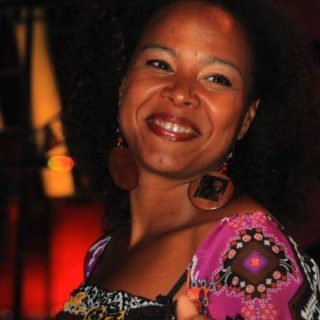