Southern California-based roots reggae/dub band Stick Figure announces their Livin’ It Fall Tour, headlining nationwide for the first time and bringing chill vibes to fans coast to coast. Featuring Pacific Dub and HIRIE, Stick Figure will be heading out this September, hitting stops like New Orleans, Washington DC, New York, Denver, and LA. The band’s most recent single for which they’re currently filming a video, “Smokin’ Love,” debuted at #1 on iTunes Reggae Chart on June 3rd and currently remains in the Top 10. On Soundcloud, the song has racked up over 900,000 spins. “Smokin’ Love” features reggae veteran Collie Buddz and is the first song they’ve released since 2012′s Burial Ground.

Stick Figure is coming off the Rebelution’s Count Me In Tour, which also included Iration and The Green. Charming audiences and crushing amphitheaters, Stick Figure has immense stage presence and control, something that will translate well on the forthcoming Livin’ It Fall Tour. 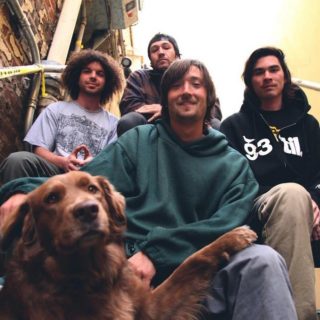