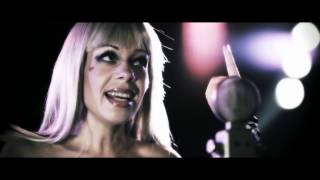 “I’m not perfect, baby, that’s ok/I wouldn’t want it any other way/I paint you pictures of what it’s like, when life’s just sweet, sweet as a lollipop,” sing DELADAP on “King of the Divan,” the first single off their newest album, their seventh. Titles and lyrics, both of which superbly rendered vocally by DELADAPs dual singers Yola B and Nomadee, remind us of the joys of the home couch and unapologetically celebrate laziness. At the same time, each beat bursts with joie de vivre and an irrepressible drive to party and experience this world, with all its splendour and contradictions, perennial characteristics of Stani Vana’s music since founding DELADAP in 2004.

In 2015, Vana—a DJ, musician and producer living in Vienna—was anything but a “King of the Divan.” He spent the year steadily and passionately working on the 10 new tracks from Bring It On. Beginning with the overture “You Are Not Alone,” all the way through to the album closer “Dirty Jazz,” including standout tracks like “Merry Go Round,” “Ring Me Up,” and “Sleepwalker,” Vana and DELADAP have constructed a richly-detailed, broad-palleted soundscape. It is soulful and sophisticated, yet uplifting and reflective throughout. With its frolicking hilarity mixed with occasional philosophical musings—“Like floating in a boat towards the falls/No control and endless streams of thoughts/Hush hush just let it be/the dawn is closing in to end this dream” from “Sleepwalker”—in Vana’s world everything is possible.

Fantastic sounds and arrangements embrace and enchant the listener without currying favour, all while telling their own unique stories, strengthening and underpinning the lyrics and sensual logic of the songs, adding depth to go along with their superficial appeal.

Bring It On is also the kind of album you can lose yourself in—in the best possible sense—yet also find yourself. Indeed, dancing and singing along are among the most immediate and important reactions to this music. And as if all that weren’t enough, DELADAP have included re-workings of three of their classic songs as an updated, in-a-nutshell version of their history.

DELADAP’s history is one of constant change, progression and the exciting search for their own unique version of pop. “I take one step forward and one step back/dance like crazy and I’m right on track/I’m a rocket on a mission, got no simple plan/just one big vision, people clap your hands,” they sing in “Merry Go Round.” Just like all pop music—indeed, all art—DELADAP want to bring people together on equal footing, get them to connect with each other and not necessarily tear down the artificial walls that separate us on various levels, but instead dance all over them. Omnipresent cultural pessimism is treated lightheartedly on the title track “Bring It On,” though they certainly position themselves against it: “Take my hand we’re going out tonight/We’ll be like cats and dogs and everything just feels right/Don’t think twice, you’ve waited far too long/now take my hand the best is yet to come.” 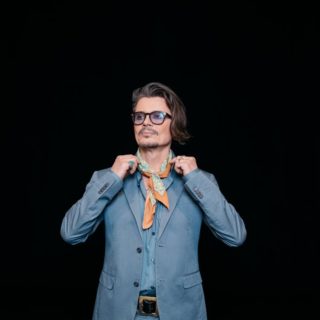