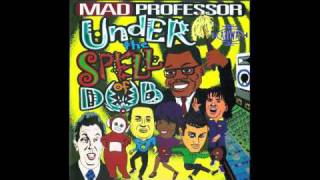 The name Mad Professor was first given by friends at school, who were amazed by the experiments he carried out as a youth.

Having built a radio and telephone system at the age of 10 years, it was no surprise that his interest and subsequent career in electronics along with a love of Motown, Philadelphia International, Treasure Isle and music of all types propelled him onward.

The early Eighties, having built his own mixing desk, had launched Mad Professor along with the Ariwa Studio/ label from his front room in Thornton Heath. Early works include sessions with Ruts DC, Reggae Regulars, Merger, Jimmy Lindsay, Mikey Dread, Johnny Clarke and many more international artists.

DUB ME CRAZY, the first in a 12 part series of albums, was to become his beacon for the label. With an episode being issued every year, the titles all told a different story.
Beyond the Realms of dub – Dub me crazy Pt2, The African Connection – Dub me crazy Pt3, and Dub me crazy Pt 7 – Adventures of a dub sampler.

The distinct variation and surprising sound effects were unique for this time.
Dub, and the cool sound and clarity of his mixing encouraging many artists to the growing label.

By the mid – Eighties, the studio / label moved from its launch base of Peckham to Whitehorse Lane, South Norwood where it is still located.  At this time he incorporated remix projects for the Orb, 400 Blows, Beats International (Lindy Layton), Sade and Brilliant.

A heavy schedule of touring Germany, Holland, France, Sweden, Denmark, Ireland, Spain Austria, Italy, Yugoslavia, USA, Canada and Japan, while still managing to produce the various artists’ projects was an enormous workload.  The label by then had a healthy 104 albums with more in the infancy stage of planning.

By the mid Nineties, Mad Professor’s profile increased to legendary status
After remixing Massive Attack’s second album, Protection. No Protection was instantly received by all corners of the globe, benefiting from Virgin / EMI international launch pad.
Professor’s personal Dub tours were increased to be a major part of his schedule, along with further remixes which include: Clementine, Tracy Spencer, The Boom, Danny Red, Depeche Mode, Jamiroqui, Rancid, KLF, Beastie Boys, Cidade Negra, Perry Farrell (Jane’s Addiction) along with the Massive Attack dub extravaganza all benefiting from the Mad Professor touch.

In 1998 the Ariwa record catalogue contained over 155 titles including over 30 dub albums from Mad Professor, 3 albums from U-Roy including the classic True Born African, 7 albums from the Upsetter, Lee Scratch Perry and many classic Lovers Rock albums, including Country Life – Sandra Cross, If I gave my heart  – John Mclean, Black with Sugar – Kofi.

By the end of the Nineties, Mad Professor’s Ariwa label gained international notoriety in many territories throughout the world. Mainly known for its Dub, roots and Techno / drum and bass catalogue.

By 2004 Mad Professor worked with Sly & Robbie at Ariwa, where the Taxi gang laid down their versions of Ariwa rhythms.
Over 100 rhythms were recorded. An album titled The Dub Revolutionarys was released by Sanctuary Records owned Trojan Label.
Some of those rhythms also formed the backbone for the next album from Horace Andy From the Roots. Also released by Trojan, this is Horace’s third album for Ariwa Sounds.
Around this time Mad Prof collaborated with Mafia & Fluxy to produce Dancehall Dub, as well as 2 Sci Fi Dub albums. From Mars with Dub followed by A new galaxy of Dub.
By the year 2005 the Ariwa catalogue passed the 200 figure, bumped up by new albums from Max Romeo, U-Roy and young protégée Joe Ariwa.

Fresh demand for the dub show has taken the Ariwa Sound to many far flung places. In 2003 Mad Professor was invited to play at the Greenpeace festival in Manáus, Brazil. Since then, Mad Professor has become an annual visitor to South America, Playing also Argentina, Chile, and Venezuela, Australia, New Zealand, Estonia, Portugal.
In 2005 the dub show played Seoul in Korea, driving several hundreds of fans crazy to the warbler sounds.  Bangkok in Thailand in 2006 and Goa in India in 2007, courtesy of the Big Chill. the Mad Traveller also played Dakar, courtesy of the Senegalese govt. Mad Professor is also involved in the Back to Africa festival, an annual celebration in the Gambia, committed to the positive movement of descendants of Africans, back to Africa. 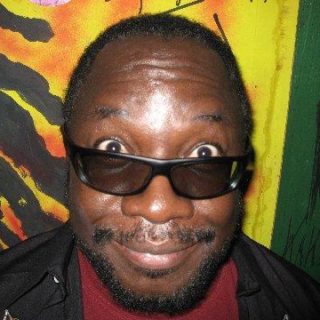