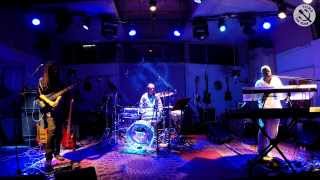 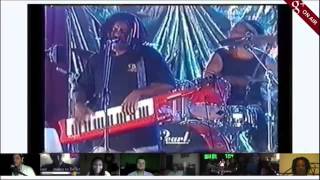 Who is Delmar Brown? Delmar Brown -musician, composer, performer,producer, visionary and student of the World. BUSHROCK’ brings together exciting musical elements from all over the planet and fuses them together to form a unique blend of music which he himself has termed ‘World Pop’. This vision of musical unification from many different cultural sources and American pop music comes from a person whose life has always been surrounded by music from a variety of cultures. As a young man, Delmar Brown was a shining star in Bloomington, Illinois where he was active in church as a pianist, singer and organist. Delmar admired the great jazz musicians of his youth, citing Jimmy Smith, Herbie Hancock, and Oscar Peterson are his earliest influences. Gospel greats like Mahalia Jackson, James Cleveland and C.L. Franklin were a large part of his earliest vocal influences.
After studying at Berklee College of Music, the training ground of some of the finest jazz musicians today, Delmar went on to play and compose for some of the most influential musicians in the global industry including Pat Martino, Gil Evans, Miles Davis, Quincy Jones, Jaco Pastorius, and many others. Delmar’s travel experiences and love of the music of the world brought him in contact with innovative pop musicians who included elements of world music in their own music. Throughout the
years Delmar has collaborated with such notable figures as Sting, Youssou N’Dour, Peter Gabriel,Garland Jeffries,Boris Grebenshikov,Bruce Springsteen,Daryll Hall, and many more. Now Delmar has brought back his Band out of new york to the world the power trio supergroup called “BUSHROCK” They have been known as one of the most soulful,innovative,futuristic, power groups to date from the new york scene.Soon releasing their new album BUSHROCK ” RESET” worldwide. Delmar Brown, the driving force behind BUSHROCK”‘, packs this new release with 10 original songs, from the progressive funk influenced Wide Receiver to the gospel influenced Promise Land. The performances aIways challenge musical boundaries and skillfully blend diverse influences. “BUSHROCK” is Delmar Brown’s vehicle to take his music of the world to the world thru innovative harmonic keyboard colors with a broad and soulful vocal to deliver the lyrics.
Kenwood Dennard,
(Drums)

Drummer and composer Kenwood Dennard was practically born playing music. He began playing piano at age 3, and moved on to the drums at age 9. Since then, Kenwood has truly mastered the art of drumming, playing in numerous settings.
In 1968 Kenwood attended David Mannes School where he studied ear training, theory, and piano. In 1971 he furthered his classical studies at the Manhattan School of Music Prep. Department, where he began studying percussion with Jim Price. Kenwood finished high school at age 17 and was accepted into Berklee College of Music in Boston in the same year. There he majored in composition and his principal instrument was drums, which he studied with Gary Chaffee and Alan Dawson. Kenwood attended the accelerated program in order to make time to study theory with Nadja Boulanger during the summer of 1975 in Fontainebleu, France. Kenwood graduated Magna Cum Laude from Berklee in 1976. Thus he completed his formal training, but has continued to study with master musicians throughout the world.
Kenwood Dennard has enjoyed a multifaceted, star-studded career as a performer, recording artist, and educator. He has toured the world with such greats as George Clinton, Chick Corea, Dizzy Gillespie, Herbie Hancock, Jaco Pastorius, Whitney Houston, and Joe Zawinul; and led the MetaFunk All-Stars, the Real Thing, and Quintessence. His numerous recordings include Sting’s Nothing Like the Sun, Vanessa Williams’s The Sweetest Days, and Live at Montreux with Miles Davis and Quincy Jones. “A few year later, after playing with Pat Martino and Brand X, I decided to concentrate on developing the MRO. My first concert was in 1979, where I played three keyboards and drums at the same time. I eventually developed it to the point where I could play eight ostinatos at the same time, and that led to playing all the parts of a song where I could sound like an entire band.” Kenwood was an artist-in-residence and taught free jazz at the New School in New York. Kenwood returned in 1996 to teach private percussion lessons, ensembles, and labs at Berklee, his alma mater. Kenwood will be laying a strong foundation for BUSHROCK in the coming 2015 tour.
Yossi Fine
(Bass)

Whether as a producer, arranger or bassist, Yossi Fine’s unique and undeniable talents have made him one of the most in demand names throughout a number of different genres. Throughout his years of playing and recording, he has worked with everyone from David Bowie and Lou Reed to Stanley Jordan and Gil Evans and even as far outreaching as Ol’ Dirty Bastard, Naughty By Nature and Gnawa master Hassan Hakmoun. A career spanning two decades and six continents includes seven gold and platinum CDs, Yossi fully engineered and produced over 25 albums, while contributing the bass on more than 150. Surrounded by music and musicians ever since the very beginning, Yossi was born in Paris, France to a West Indian vocalist and an Israeli guitar player. By age four he had already picked up a guitar and by his early teens was already an in-demand session artist playing with some of Israel’s top artists.
Yossi’s intercontinental background and undeniable talent on the bass were quickly put to use in 1985 when he entered the New York City scene, working with such legendary artists as Delmar Brown, Kenwood Denard, Gil Evans Orchestra, Kenny Kirkland, John Scofield, salsa great Ruben Blades, and later on, neo-soul artist Me’Shell N’Degeocello. Yossi went on to achieve national recognition in 1991 when he received a Grammy nomination for his instrumental composition for “Always Know” on Jordan’s Cornucopia. More doors began to open as Yossi was invited by David Bowie and Brian Eno to play on Bowie’s Outside and was also invited to participate in Deepak Chopra’s A Gift of Love featuring Madonna, Demi Moore and others.
Riding high from all of his success, in 1995 Yossi decided to return to Israel where he worked prolifically as a record producer, coaxing the sound of some of the most influential bands in that country over the next 10 years, making a profound impact on the way hip hop and reggae is produced throughout Israel.Yossi is that deep pulsating bass that supports the sound of
“BUSHROCK” 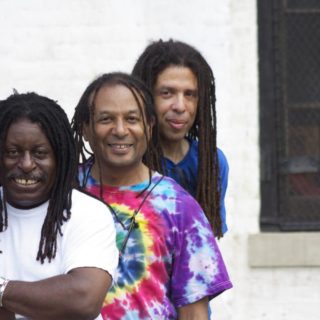