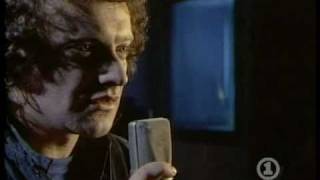 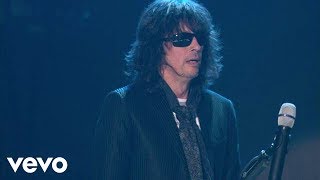 Founded in 1976, Foreigner’s debut album produced the hits Feels Like The First Time, Cold As Ice and Long, Long Way From Home.  The album Double Vision followed, as did a string of hits like Urgent, Juke Box Hero and Waiting For A Girl Like You.  Those songs helped give Foreigner’s next album, 4, its impressive run at #1 on the Billboard chart.  At the zenith of 80’s sound, Foreigner’s fifth album, Agent Provocateur, gave the world the incredible #1 global hit, I Want To Know What Love Is. This musical milestone followed the record-breaking song Waiting For A Girl Like You.

The frenetic ride of the original Foreigner incarnation came to a close in 2002, but with much support and encouragement, Jones rallied a newly-charged powerhouse lineup, the core of which remains unchanged more than ten years later.  Mick Jones, with the astonishing Kelly Hansen on vocals, led the group to a re-emergence of astounding music that speaks to both hard-core Foreigner fans and younger generations.

With renewed energy and direction, Foreigner released Can’t Slow Down in 2009, which entered the Billboard chart in the Top 30 and had great success on radio with two Top 20 singles. To follow was the release of the band’s 3-disc set, Feels Like The First Time, which included an acoustic CD with an intimate and unique re-interpretation of many Foreigner classics, studio re-records by the new lineup and a live performance DVD showcasing the group’s exceptional live energy.

In 2012, Foreigner experienced another surge in popularity when several of their hits were featured on the Rock Of Ages soundtrack, including I Want To Know What Love Is, Juke Box Hero and Waiting For A Girl Like You – more songs than any other one band on the soundtrack.  Hollywood quickly took note, and several more tracks were featured in hit films “Magic Mike” and “Pitch Perfect”, sending Foreigner downloads up 400%, with their catalog outselling The Eagles, Def Leppard, Tom Petty and The Who this year.

In February 2013, Mick Jones was elected to the Songwriters Hall Of Fame. A multi-talented and multi dimensional “musician’s musician”, Jones has also written songs such as “Bad Love” with Eric Clapton and “Dreamer” with Ozzy Osbourne, and produced records for others including Billy Joel’s Storm Front and Van Halen’s  5150.  A Grammy and Golden Globe-nominated songwriter, Jones is the winner of the prestigious British Ivor Novello Songwriter Award for “The Flame Still Burns”, the soundtrack music for the film Still Crazy. 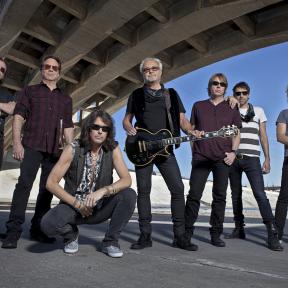